Handwriting Help! How to Transition to Writing Smaller with Proper Spacing 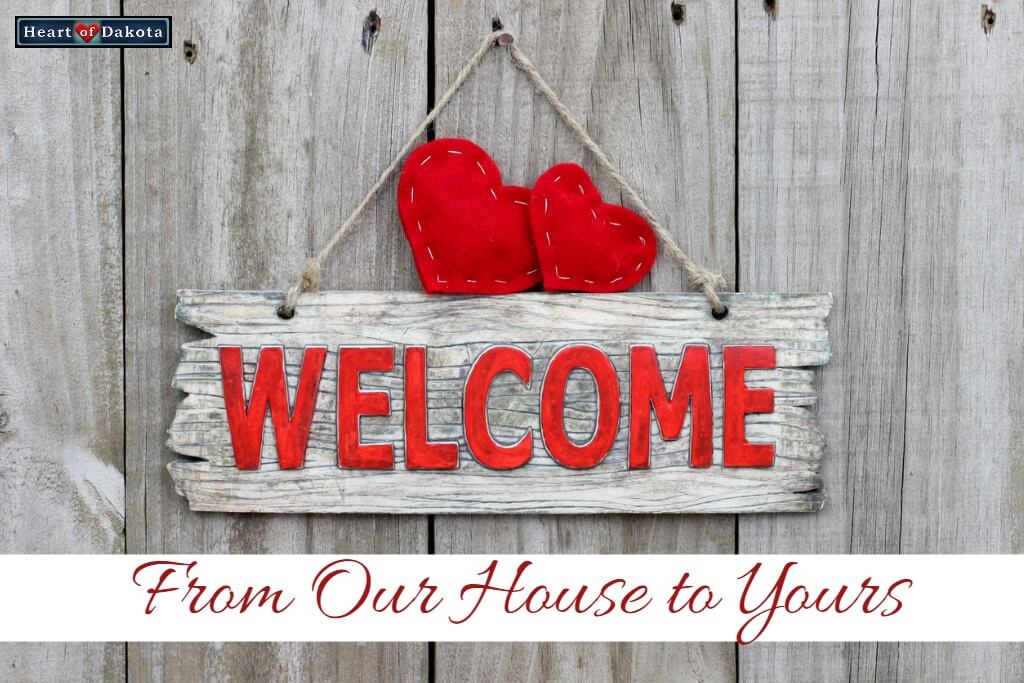 How to Transition Children to Writing Smaller with Proper Spacing

Heart of Dakota plans for children to incrementally improve their handwriting. Children begin with a formal handwriting book and with short early writing practice in Storytime in Little Hearts for His Glory. Next, they move to copywork of the Bible verse and classical poetry in Beyond. Then, they add notebooking for history and science in Bigger Hearts. They also begin to use wide-lined notebook paper for dictation and grammar. With each of our sons, I found it helpful to teach them how to transition to writing smaller with proper spacing. As I happened to take pictures of Riley’s handwriting progression, I’ll share his handwriting transition in this blog post.

A Jumble of Lines

When Riley began writing, he looked at the lines like they were all just one big jumble of lines. I helped him by hi-lighting the top and bottom of the lines yellow. I told him these lines were like “stop signs,” and he had to put on the brakes when he got to them. I’d sit by him and make ‘putting on the brakes noises’ as he neared the lines like, “Errrrrrrrr – stop!”  He’d laugh and stop. We talked about the dotted line being a stopping place as well. He had trouble remembering spaces too, so we colored those with pink hi-lighting. I told him he had to put a finger’s width between letters (when copying single letters) and between words when he started writing sentences. Eventually, he just needed the pink spacing. Here are some pictures of the hi-lighting that helped Riley so much:

A Transition to Handwritten Lines Without Dotted Lines

After awhile, like when he began the copywork of the Bible verse or the poem in Beyond, we actually used blank copy paper or a blank index card. I drew lines with a ruler quite far apart. I did this because it was actually too time consuming for him at that point to use handwriting paper with the dotted line. It took him forever, and he was ready to write smaller, but not yet able to write on wide-lined notebook paper. At this point, his writing looked like this:

A Transition to Wide-Lined Notebook Paper

After that, Riley made the transition to wide-lined notebook paper. It helped for me to write the beginning word of each line for the poem. This helped him see the size of the writing I wanted him to try to mimic. I also had Riley skip lines, as this spacing makes it easier to write, to fix errors, and to read aloud. Below, you can see his Unit 15 Beyond Little Heart’s poetry copywork of “The Cow.” Then, underneath you can see his transition to writing on wide-lined notebook paper more on his own in Unit 30 Beyond Little Heart’s poetry “Written in March.”

With these few handwriting helps, Riley was able to transition into writing  well both in blank spaces and on wide-lined notebook paper. Below, you can see a sample of the wide-lined composition notebook he used for his dictation. You can also see how I still began Bigger Hearts first notebooking page by drawing lines for him. I did this so he could visualize the overall notebook assignment, as well as set aside space for his drawing portion of the assignment.  This was prior to Carrie creating new and lovely notebooking pages, but this tip can still work as a transition to writing within the defined space of the new notebook’s boxes.

In closing, it really is amazing how children’s writing continues to improve over time with some guidance. I agree that letter formation is first and foremost, but once they have that down, the steps above helped all of our sons become neat, confident writers – with some patience on my end (not always a natural virtue of mine). I hope this helps as you assist your child in making the transition to writing smaller with proper spacing!