Sail to uncharted shores and discover exotic lands spanning from one end of the earth to the other as you take a tour through time via World Geography! Visit the seven ancient wonders of the world, voyage from Greece with Herodotus, uncover the Dead Sea Scrolls in Israel, discover the Far East with Marco Polo, sail the South Seas with Captain Cook, brave the Antarctic with Ernest Shackleton, and carry the Gospel across the Himalayas with Sundar Singh. Through 35 exciting weeks of World Geography, your child will map the world from scratch, learn about different cultures and religions, dig deep for answers in God’s Word, and pray for the unreached peoples of the world.

Designed for ages 13-15, extending to grades 10-12, World Geography keeps learning fresh and interesting by bringing together engaging daily lessons, captivating books, and memorable activities – all from a solid biblical worldview. This unique combination creates an educationally rich learning experience that helps your teen grow both spiritually and academically. Take a look at the inspiring collection of literature and subjects your student will get to experience in World Geography. With these books and materials in hand, you’ll have everything you need to earn required credits and prepare your student for college and beyond! 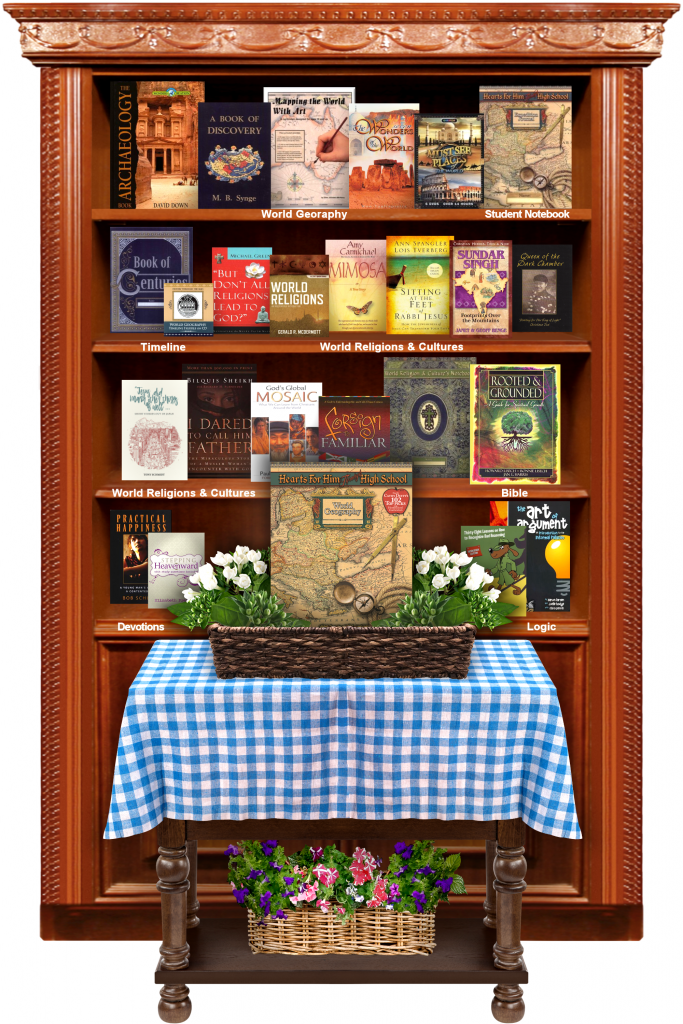 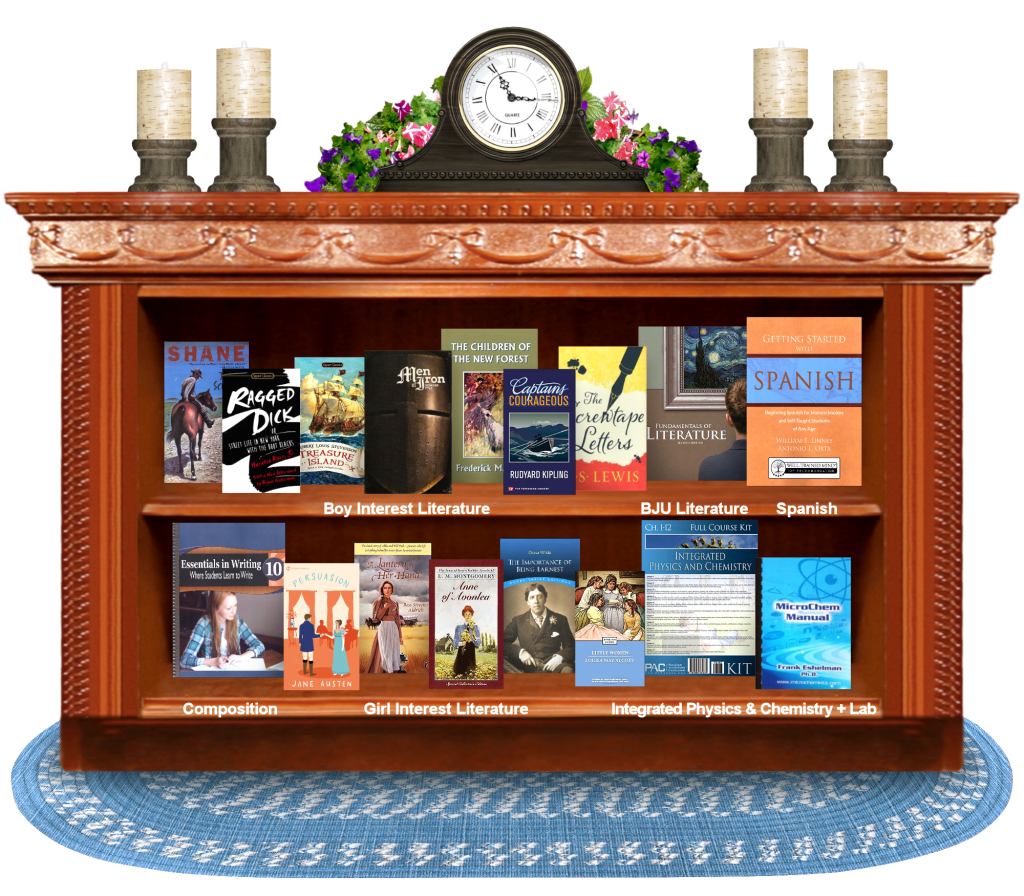 With daily plans written directly to the student, World Geography integrates a variety of subjects with a unit study feel, placing a special emphasis on geography. Helpful key ideas, questions, and directions within the plans keep you involved in your child’s education, and you are given the option to customize key subjects like grammar, math and foreign language. With all needed credits integrated into the plans, and course descriptions with grading provided, you’ll find that schooling has never been easier! To learn more about what World Geography includes, have a look below.

What's Included in
My Guide? 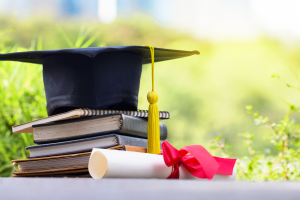 Credits Earned in This Guide

Each guide in the “Hearts for Him Through High School” series includes everything you need to earn all required credits for a full year of high school study. The World Geography guide includes the following 6 ½ high school credits:

Note: It is important to consult your state laws for specific requirements for credit and to be aware of the entrance requirements for any college or university your student plans to attend. 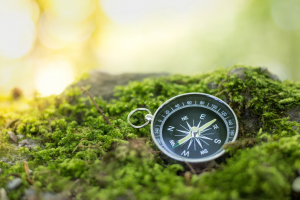 A Trek Through Geography

Discover the history of exploration and mapmaking as World Geography offers you a passport to far-off places, from ancient Mesopotamia to uncharted Antarctica. As students travel the world, they will examine maps of places from the past, visit archaeological digs, accompany famous explorers, study new countries and cultures, and discover the wonders of the world. 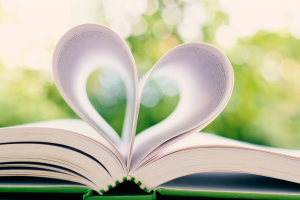 A Collection of Living Books

Add a compelling new layer to your geography study with our Living Library! These 17 diverse books and audios were selected for their narrative quality and global connections to the World Geography plans. As students delve into these memorable books, they will experience stirring historical fiction, thought-provoking biographies, inspiring nonfiction, and classic literature. 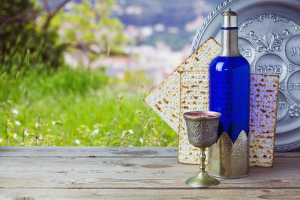 An Overview of World Religions

Embark on a journey of faith as World Geography guides you through the multi-faith maze with the illuminating truth of God’s Word. As students learn about the beliefs, practices, and customs surrounding 8 of the world’s major religions, they will be equipped to engage with people of other faiths while better understanding the Christian faith. 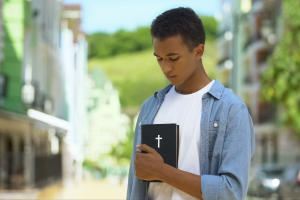 A Foundation of Scripture

World Geography strives to help students become more rooted and grounded in their faith as it stirs their hearts to share the Gospel with others. By encouraging thoughtful Bible study, Scripture memorization, consistent prayer, and compassion for the unreached peoples of the world, the Bible portion of World Geography topically covers theology, Godly relationships, and Christian living. As students study God’s Word, they will be challenged to apply Biblical principles, reflect a Christlike attitude, and nurture a steadfast faith. 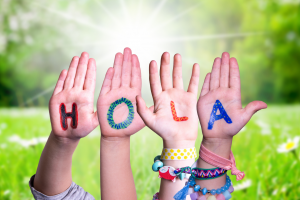 A Study of Spanish

World Geography introduces students to the Spanish language by using Getting Started With Spanish by William E. Linney with audio pronunciations by Antonio L. Orta. With this program, students will begin learning Spanish gradually yet systematically through a unique method that was designed to help students effectively study Spanish at home. Students who desire to study a different foreign language may substitute a different language course in place of this option to fulfill the foreign language requirement. 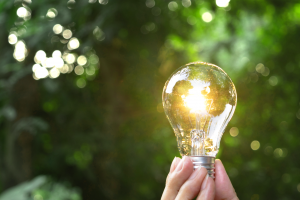 A Lesson in Logic

This fascinating logic course teaches students to recognize occurrences of faulty reasoning and detect flawed arguments frequently found in editorials, commercials, speeches, advertisements, comics, newspapers, journals, and other media. By learning to spot errors in logic, students will learn to craft accurate statements, avoid fallacies in their own reasoning, and present their views carefully through the use of logical arguments. 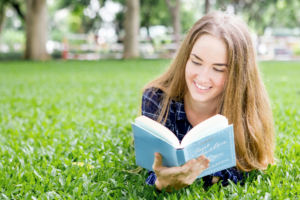 A Journey Through Literature

The World Geography guide provides a solid introduction to literature by combining the Fundamentals of Literature text with a set of full-length novels and plays. This unique combination enables students to develop critical standards for evaluating short stories, excerpts, essays, novels, prose, poetry, and plays.

In Fundamentals of Literature, students will become familiar with the foundational literary elements of conflict, character, theme, point of view, structure, and tone – as well as pondering eye-opening questions on Biblical analysis. The literature portion of World Geography also adds a Charlotte Mason flavor as it offers a choice of either a “boy interest” or “girl interest” book set, each packed with a wide scale of engaging literature to read, narrate, and discuss! 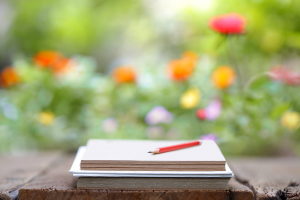 A Look at Composition and Grammar

Heart of Dakota teaches higher-level language arts skills through a unique combination of Charlotte Mason-style dictation exercises, a solid grammar and writing text, and a variety of composition approaches.  You can use your own resources for grammar, or use the time-tested grammar and writing selections we’ve scheduled in the World Geography guide. 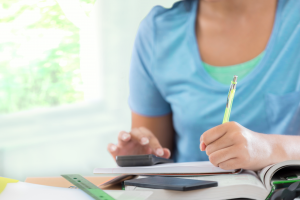 A Structure for Mathematics

Students entering World Geography should ideally be studying Algebra I, however students at a differing math level may still utilize this guide. Our recommendations for Algebra I include Foerster’s Algebra I, No-Nonsense Algebra, or VideoText Algebra. Instructions for using each of these programs is provided for you in the overview of math in our World Geography guide. Or, if you would prefer, you can use your own math program! 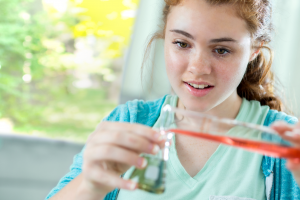 An Exploration of Physics and Chemistry

In World Geography, students earn science credit using Integrated Physics and Chemistry written by John Hudson Tiner – an author with an incredible gift for writing about science in a narrative, living way. This intriguing course includes 12 chapters of physics and chemistry-related topics, serving as an excellent introduction to both disciplines in an integrated way. Readings are combined with 35 memorable experiments from the MicroPhySci Kit to give students an interesting demonstration of each scientific principle in action.

Can I Tailor This to
Fit My Child?

Yes! We’ve provided plenty of opportunities to customize with boy and girl selections for devotions, options for science, and a choice of boy or girl interest books for literature study.  You can choose from our suggested math options, scheduled grammar text, and planned foreign language option, or use your own resources for these areas.  A separate “Living Library” set of books adds an extra layer to the geography study, allowing you customize the amount of reading for your child. Finally, our curriculum packages are designed so you can choose which credits to include in your student’s course of study. No matter what you choose, World Geography pulls it all together for you! 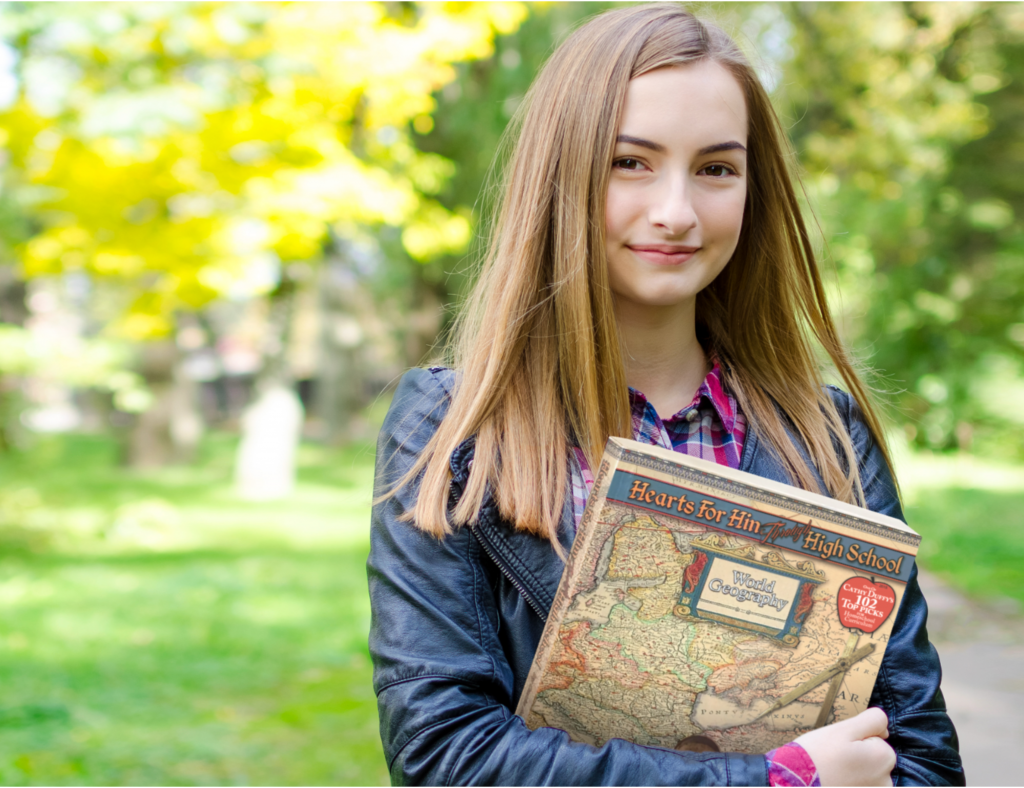 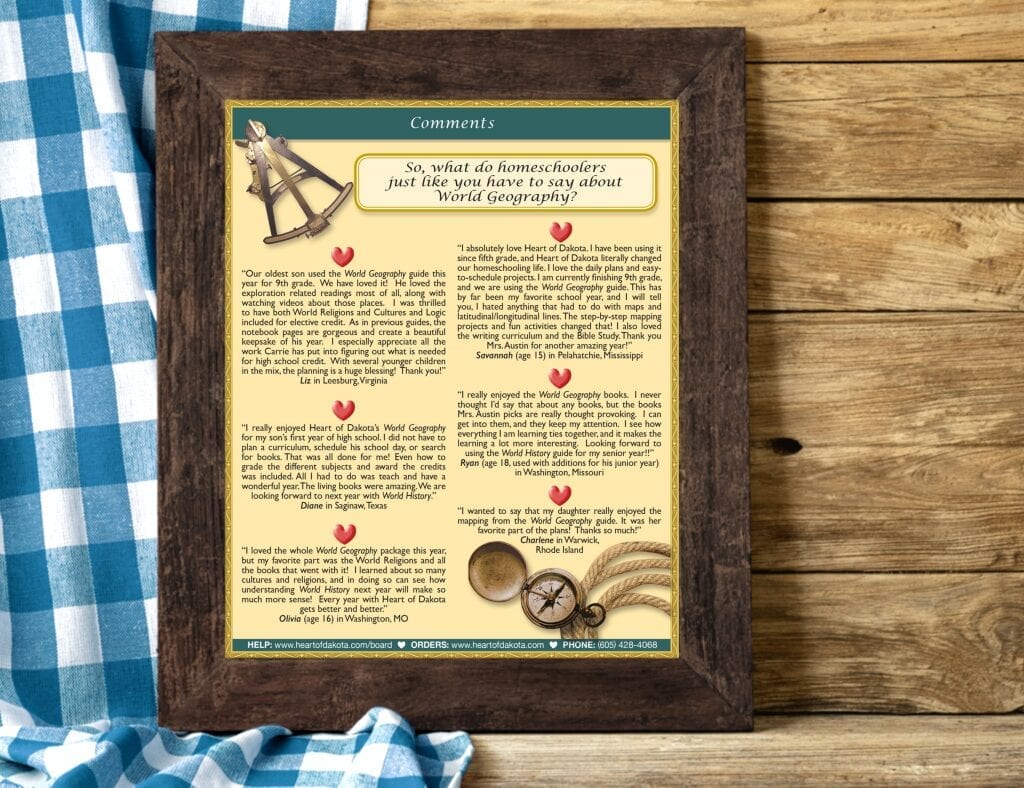 What Do Other
People Have to Say?

“I really enjoyed Heart of Dakota's World Geography for my son's first year of high school. All I had to do was teach and have a wonderful year. The living books were amazing.”

World Geography includes 35 engaging units with open-and-go daily plans that pull everything together, allowing students to earn 6 ½ credits by year-end. Units include plans for four days a week, taking 6 ½ hours a day for students to complete all subjects.  Each day is conveniently displayed on a two-page spread, making it easy to organize the day at a glance.  Let’s have a better look inside, so you can see what using World Geography is like.

In this video, Julie gives a brief overview of World Geography including a quick peek into the daily plans.  After watching this video, you’ll have a clear picture of how each day is organized and a better understanding of what to expect from our complete, Christ-centered, Charlotte Mason-style program.

At the high school level, each guide is written mainly to the student, saving you time so you can direct and facilitate your student’s learning. Each day of World Geography is organized on a simple two-page spread divided into “Learning Through Geography” and “Learning the Basics.”  Each subject is contained in its own box coded ‘T,’ ‘S,’ or ‘I’ to show whether it is “Teacher-directed,” “Semi-Independent,” or “Independent.” Boxes can be done in any order, and subjects are seamlessly rotated to cover all needed credits. Once each box on the two-page spread is complete, your student is done! 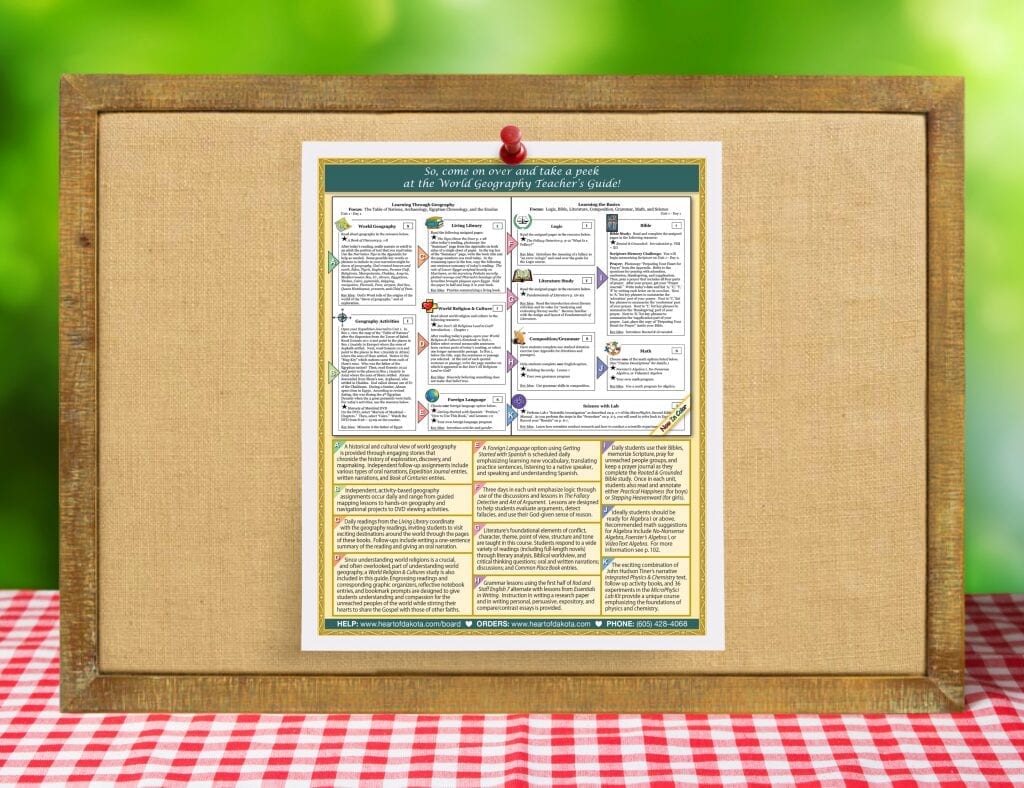 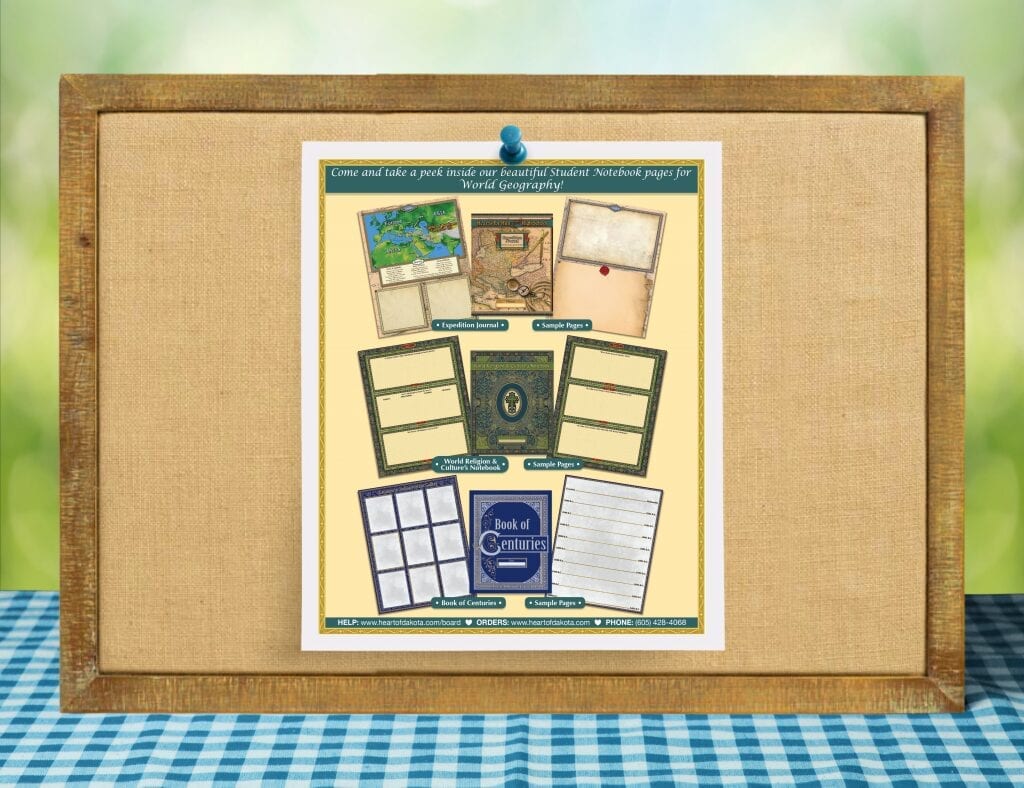 Our stunning, full-color Expedition Journal becomes a special portfolio showcasing what students have learned on their journey around the world. Students will complete beautiful Expedition Journal pages filled with maps, bulleted notes, research, outlines, sketches, primary source documents, written narrations, and Socratic discussion questions. Throughout their high school years, students will use the Book of Centuries to keep a timeline of major events and people studied. An additional World Religion & Culture’s Notebook includes graphic organizers to complete and questions to answer about major world religions. 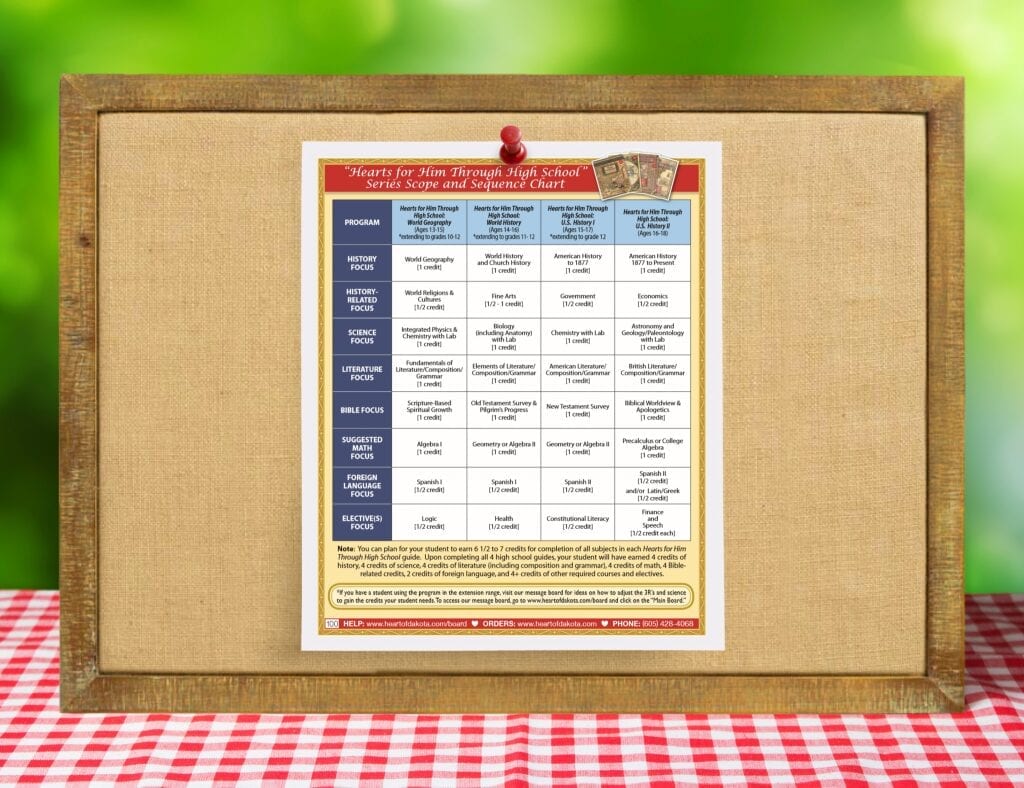 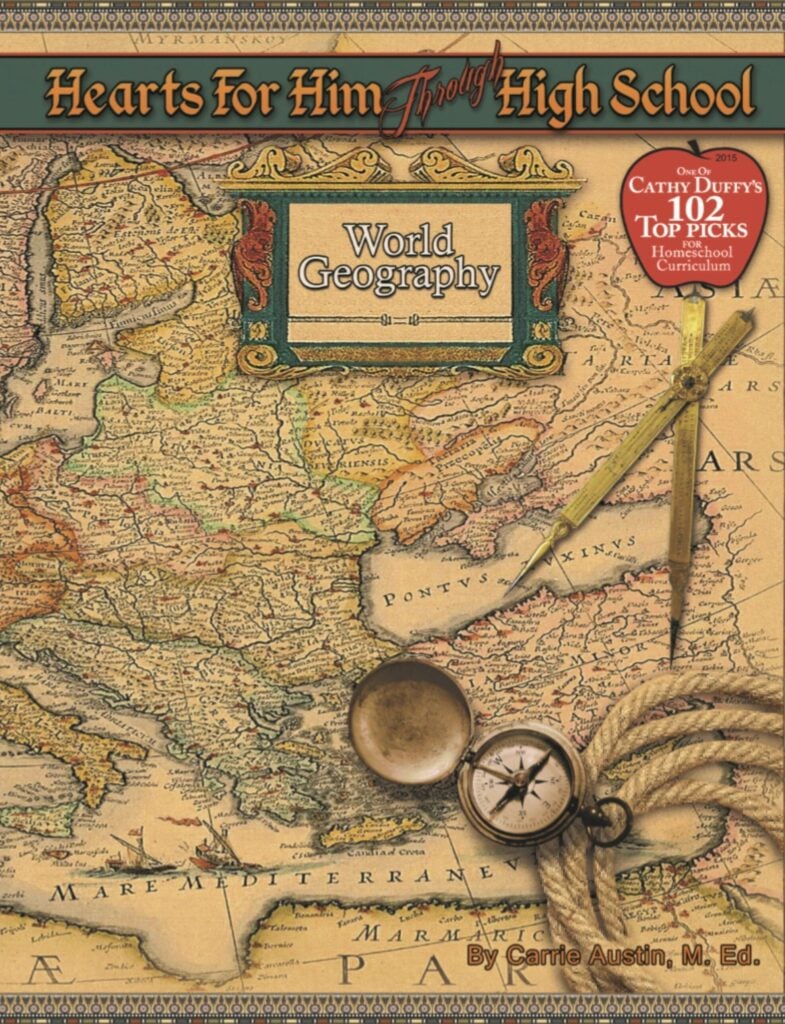 World Geography features open-and-go daily plans with an appealing mix of oral, written, hands-on, and academic activities.  Daily lessons incorporate a variety of learning styles, a perfect blend of teacher and student, and a shift toward greater independence befitting the high school stage of learning.  Step-by-step directions, a careful balance of skills, and helpful key ideas bring everything together.  By keeping our design both constant and coherent, we have created a strong foundation you can rely on year after year.

Now that you’ve seen a little bit about World Geography, are you ready to shop? We can’t wait for you to see what’s in store!

Not sure you’re in the right place? If your student is too young or too old for World Geography, we’ve got you covered.

Need something younger?
Have a look at Missions to Modern Marvels. It might be just right for your child.

Need something older?
Have a look at World History. It might be just the fit you need.

Need something younger?
Have a look at Missions to Modern Marvels. It might be just right for your child.

Need something older?
Have a look at World History. It might be just the fit you need.

Still want to know more about World Geography? Have no fear – there’s more here! See the following excellent resources for more in-depth information about this program. 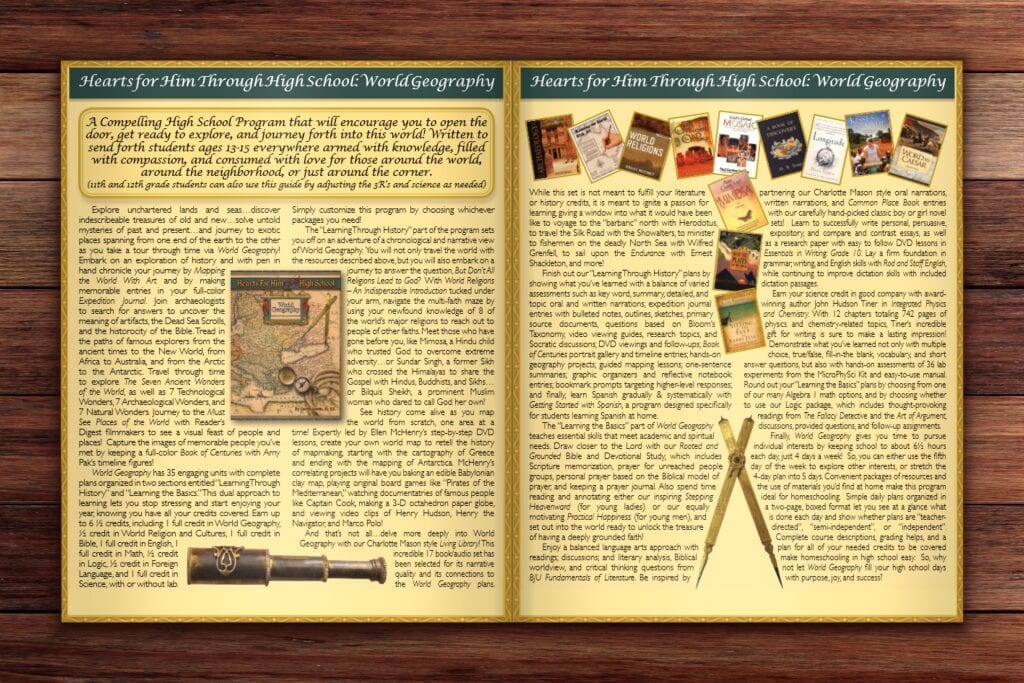 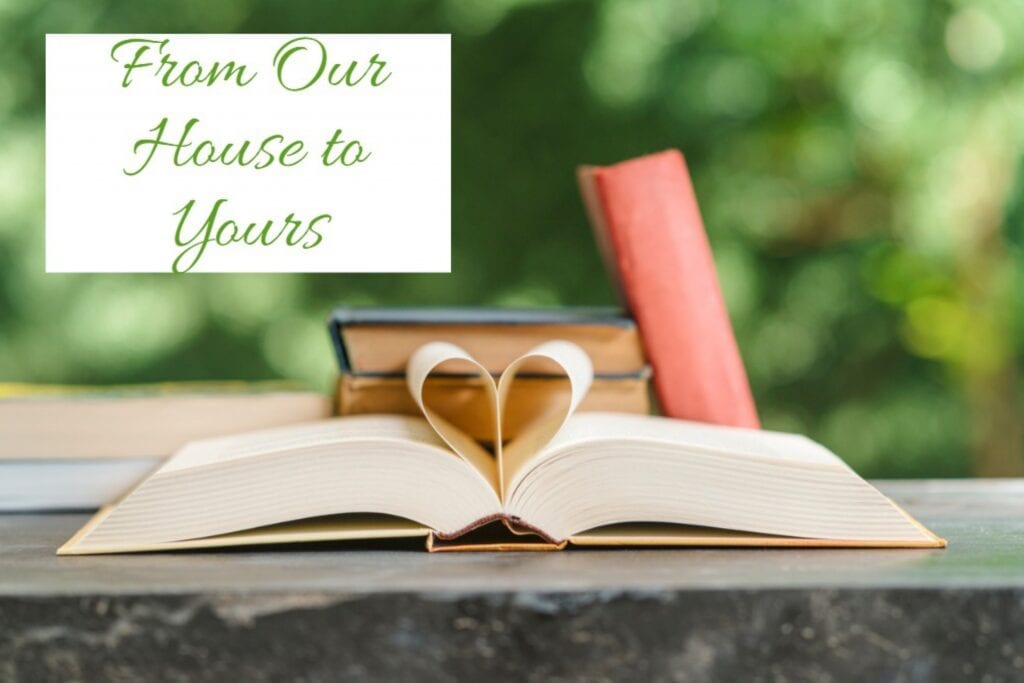