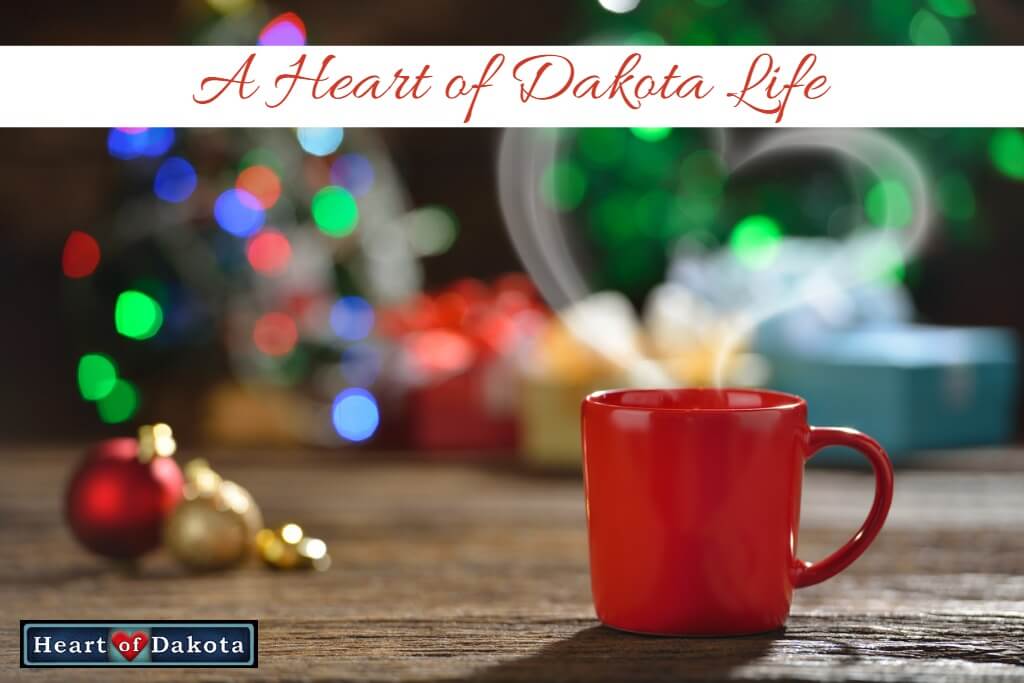 A Heart of Dakota Life

Emmett is 13 years old and is in Unit 16 of Missions to Modern Marvels (MTMM). He follows the directions well now. In fact, most days are happy and smooth sailing. However, every now and then, something goes astray. Maybe because it’s Friday, or maybe because Christmas is coming, today things really began to go astray. I could feel my blood pressure rising, as the little ‘astray’ things began adding up. In a Supermom moment (‘Supermom’ is loving, patient, and not easily angered; it takes a lot of willpower to be Supermom), I reminded myself what is like to be 13. It is not easy! I also reminded myself my son is in the middle of a massive growth spurt (over 7 inches in the past year). Grace was deserved. Taking a deep breath and saying a prayer, I put on my Supermom cape to save the day.

Supermoms can save the day when things go astray!

Emmett’s face was downcast. He knew he’d missed some things, misread some directions, and forgotten some steps. I didn’t need to tell him. He knew it, and he didn’t need lecturing. He felt bad enough for the both of us already. The clock was ticking. I had only a moment to act! With a flourish Supermom (me) pulled out a piece of paper and pen (a.k.a. Supermom’s secret weapons). I told Emmett not to worry. We were going to fix this! With a flourish I began to make a list. (Supermoms are great at making lists.) My list looked like this:

How does this list fix the things that were astray and manage to save the day?

So, this list probably doesn’t make much sense to you! How would this fix the things that were astray and somehow save the day? Well, let me say the reason Emmett was so sad is he could see his school day not finishing nearly on time. He could also see himself missing time with his brothers. So, to save the day, we really needed to make up time and make sure he had time with his brothers.

So, first, we did grammar orally. That saved some time. Second, I planned for Wyatt to teach math. (They both love this – believe it or not!) This also gave Emmett time with Wyatt. Third, Emmett had to read the speech. (There were two books to read for history, but he’d already written a narration for the other one.) Fourth, Emmett had to do Faith at Work. (The day before had two readings, but he’d only done one. So, when he did the next one today, he was off.) Fifth, he still had to do the science activity. However, it was much more fun because it was going to be with Riley. Sixth, he just had to read a chapter in DITHOR. He’s reading two chapters in DITHOR a day, so he’ll read the other one tomorrow and do the follow-up work. We’ll probably take one less day to do the final project to make it up.

Today, rather than getting angry and frustrated when things went astray, I was able to call upon the Lord to help me choose love. This is NOT easy to do! However, when we call upon the Lord, we can become Supermoms! We can have His power living in us to help us give grace and fix things. Emmett finished everything pretty close to on time today, and he still had time with his brothers. Now, keep in mind, he did have some natural consequences that will help him take more care with his work going forward. He did finish a little later. He also doesn’t adore doing math and science with his brothers for his ‘free time.’ (His brothers don’t adore it either, but they’ve been there. There’s a ‘Superman’ inside each of them too – praise God! I hope this encourages you that when things go astray, you can still save the day! Just call on the Lord and transform into Supermom. He’ll help you through it!