Eight Easy Tips to Help Little Ones Get Ready to Read 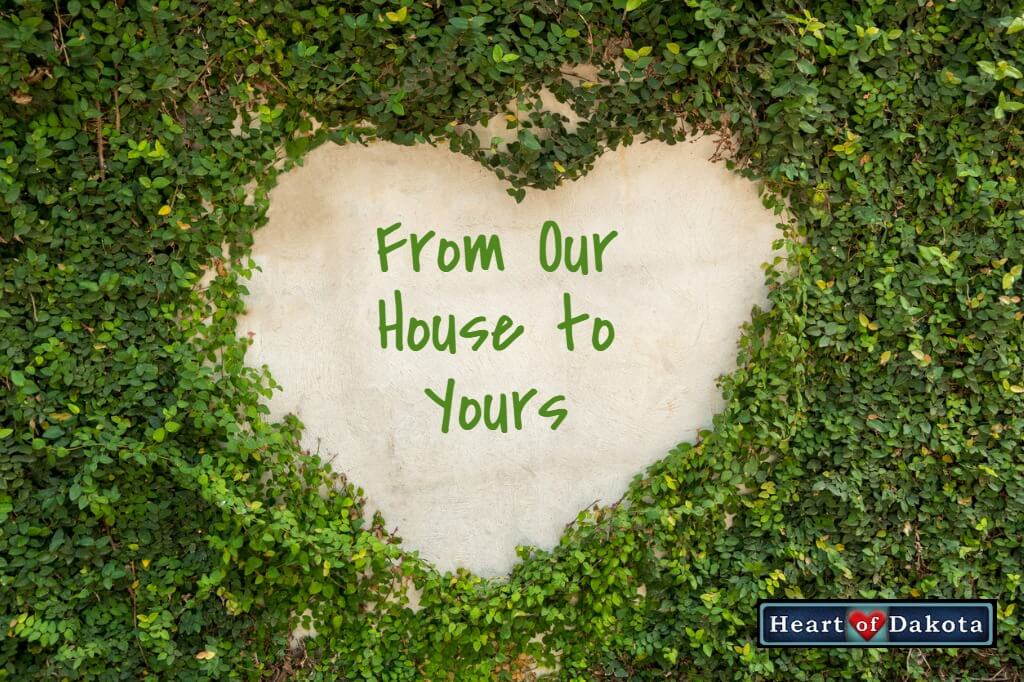 My first easy tip to get little ones ready to read is simply to do Little Hands to Heaven with them!

During our summer break, I loved working with just my littlest one. I had more time, and I needed to be with my little one anyway. So, why not help him get ready to read? My first go-to way to get my little ones ready to read was always to simply do Heart of Dakota’s Little Hands to Heaven (LHTH) with them. Using LHTH, I taught my sons a sound and an action for every letter. I used the fingerplays, flashcards, and letter activities to help my sons commit their letters and sounds to memory. Everything was neatly tied to the Bible theme for the week too! I only spent 15-30 minutes a day doing HOD’s Little Hands to Heaven. Half-speed took 15 minutes. Full-speed took 25-30 minutes. Easy-peasy, productive, and an awesome way to help little ones get ready to read!

My second easy tip to get little ones ready to read is to have them watch the Leap Frog DVDs.

All of our sons enjoyed watching the Leap Frog DVDs. The first DVD is called Letter Factory, and it does a great job of teaching letters and their sounds! This was by far my favorite DVD for getting my little ones ready to read. The second DVD is called Talking Words Factory. This one is a little more grown up, as it moves on to words. I didn’t have my kiddos watch this until they had the Letter Factory down pat. There is a third DVD called Let’s Go to School. I didn’t have them watch that DVD; we were homeschooling. No need to hype up a classroom setting! However, I loved the first two DVDs! They were inexpensive, 30 minutes long, and available everywhere.

My third easy tip to get little ones ready to read is the ‘finger slide.’

Once children know their letters and sounds well, I like to teach them the ‘finger slide.’ I begin by always putting my finger under the sound being read, and I don’t slide it to the next sound until they read it read right. Then later, I put my finger under the word being read, and I don’t move it on until the word is read right. Then still later, I put my finger at the start of the line, and I don’t move it on to the next start of the line until the sentence is read right. This is an easy visual queuing system. I like how I can use this finger slide method in a progression, as my kiddos learn to read!

My fourth easy tip to get little ones that are a little older to read utilizes a markerboard.

Once children have begun to read small words, I like to have a handheld markerboard nearby. When they are trying to sound out a word, I simply set the book aside. Then, I pull out my handheld markerboard. I begin to jot the word they are working to sound out in large letters in black marker in the middle of the markerboard. I jot the word they are struggling with one sound/chunk at a time, having them say them for me. For example, if the word was “glass”, I’d write…

Then, I would slide my finger under the whole word to signify it’s time to blend it all together. They loved this! I remember one time I forgot the markerboard. My little one came to a word he was stuck on, and after a few tries, he said, “MOM – where’s the markerboard? I’m waiting.”  Toe-tapping, arms crossed on chest. Too cute! Anyway, it’s easy, it works, and they only need help like this occasionally.

My fifth easy tip to get little ones that are a little older to read is to give them a chance to “practice” first, without me.

For some of our sons, having some time on their own to sound out each word without me next to them helped. It gave them a chance to “practice” without me watching, and it helped them not to feel so put-on-the-spot.  When I tutored, I would sometimes have little ones that were overwhelmed by books. If they were not sure about reading from a book, I would just write each word on a markerboard one at a time and do the lesson like that, with me referring to the manual just for my own information. One word on a markerboard is much less intimidating than a page. It also doesn’t seem like a page is being repeated, even if it is a repeat of what was done yesterday. After practicing on markerboard, they were then often ready to read the book and did so quite happily and successfully!

My sixth easy tip to get little ones that are a little older to read uses a loud voice and/or a rubberband.

Once little ones are sounding out words, they often forget the first sound by the end of the word. For example, they might sound out c… a… t… quite slowly, and then quickly say the word is ‘tan.’ Or, they might sound out t… e… n… slowly, and then quickly say the word is ‘net.’ This happens because they have not learned to ‘hold’ the sounds in sequence in their mind. They remember the last sound the best, as they just said it. They might even vaguely remember the middle or first sounds. However, they jumble their order and pronounce their final word with the last sound first. This is very common and usually nothing to worry about!

An easy tip to help them with this is to simply say the first sound the loudest. I would model this, sometimes saying it louder while gently cupping my hands around their ear as I said it (i.e. C… a… t… – Cat! Though the first sound obviously isn’t always accented (i.e. in a two-syllable word), this tip works to help emphasize the ‘holding’ of the first sound first and foremost in their mind. One more idea that worked for my sons was to use a rubberband to stretch as we were saying each sound and then snap it back when we blended it.

My seventh easy tip to get little ones that are a little older to read is simply to try the BOB books.

Have you heard of the BOB books? They are inexpensive, funny, and excellent for beginning readers. We went through these as we did our phonics, starting about in the middle of our phonics, when I knew my sons would be successful with them. The first set begins with CVC words in a pattern. These books are inexpensive and available online and at most book stores.

My eighth easy tip to get little ones that are a little older to read is to give rewards.

Giving rewards, just little ones, for small gains at first is motivating to little ones learning to read. For example, I might have a jar and every time my son reads a word properly for the day, he gets a mini marshmallow or chocolate chip or skittle or whatever. He may get 10 if he reads 10 words properly. Maybe every 10, he would get a sucker too. Or, if you don’t believe in this type of reward, you can give a sticker for each, and when he receives 10, let him do something special with or on his own (i.e. build a lego tower or watch a short video). Rewards really did make a difference early on in our sons’ reading progress. We found after awhile, we could just drop them, and then reading itself was the reward.

I hope some of these ideas help, but mamas of little ones, keep pressing on! It WILL click, and though it takes time, it is so worth the time and effort to get there!