What should I do for high school for my 14 year-old who struggles? 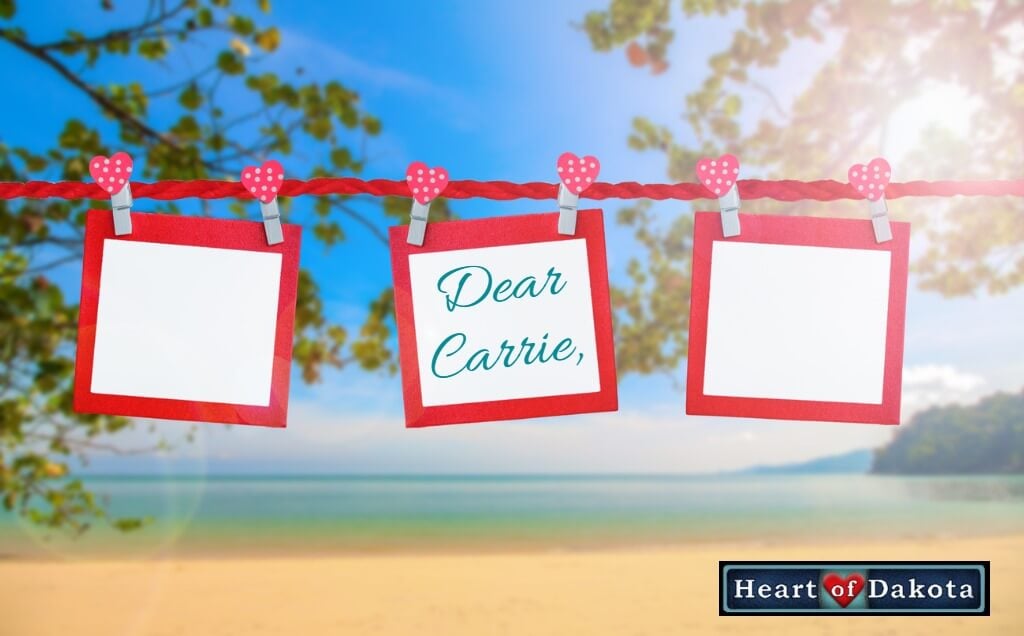 What should I do for high school for my sweet 14 year-old son who struggles?

My son is 14 and starting 9th grade next year. He struggles with dyslexia, slow processing, working memory issues, and organization/attention. I read history aloud to him in his current guide, Revival to Revolution, but he still has a hard time with comprehension. He often asks me to re-read what I’ve just read. Written Narrations are extremely difficult. He does the State Study, Independent History, and sometimes the notebooking on his own. However, he often has to redo assignments because he misread directions. He does okay with EE’s Science and loves the experiments, but the Inventor Study is hard for him. He does fine with R & S English 6. For DITHOR, I chose Mr. Poppers Penguins, as it has short chapters. He’s doing well with VideoText and enjoys Bible.

A Brief History of My Son’s Prior School Experience

My son attended public school from K-4th grade. He was diagnosed with apraxia of speech and sensory integration disorder, and put on the autism spectrum. Later, they determined he was not on the autism spectrum. So, he was placed in the classroom with a 504 plan due to dyslexia and anxiety. He wasn’t passing tests, and they wanted him on medication. So, we decided to homeschool, combining him with his brother in Bigger Hearts. It was hard, but he made it through PHFHG. When he started CTC, it became apparent he just couldn’t read. So, he did an Orton-Gillingham type program for 25 minute sessions with a therapist. He had some great tools to tackle reading and writing, so I tried to put him in RevtoRev. This is hard! He’s so sweet, well-mannered, and tries SO hard. I really struggle with the thought of high school next year. Help!

“Ms. Please Help My Sweet Son with His Struggles in School”

Dear “Ms. Please Help My Sweet Son with His Struggles in School,”

Thank you for sharing about your son! One thing that I am hearing in your post is the frustration and struggle that school is right now for both you and your son. While some struggle can just be a part of learning, overall we don’t want the entire day to be a struggle, nor do we want your son’s high school years to be a struggle! With this in mind, I think some perspective is needed. It sounds like you have gotten your son some help for his reading and have some new strategies to employ. However, he really isn’t able to get the full benefit from that training right now because the reading is too far above him. It’s also important to note that he would be on an IEP (with modifications) if he were in the public school, and you are already modifying for him anyway.

By placing your son in Creation to Christ, he will be able to complete all the guides through Missions to Modern Marvels.

So, with all of this in mind, I would be inclined to place him in Creation to Christ (CTC). This would allow him to complete all the guides through Missions to Modern Marvels (MTMM) by the time he graduates. We have had families follow this plan for their high school students in the past, and it would allow him to earn many of his needed credits. Since you are already having to modify anyway, it would be better to meet him more closely to where he is now and proceed forward, rather than having him struggle so much.

He will be able to do the CTC readings and plans more independently.

If he did CTC, it would be probable that he could do the readings himself. It would also be possible that he could do more of the boxes in the way in which they were truly written to be done. I agree that using a lower level book for Drawn into the Heart of Reading (DITHOR) is a good idea. It is important to meet him where he is and go forward from there. Otherwise, everything he does will always be a struggle and over his head.

Incremental steps toward higher level learning will be a huge benefit to him!

Correct placement will automatically ease some of your burden and his, by shortening the assignments and adjusting the workload for you. Doing full-speed CTC would be better balanced than doing half-speed Revival to Revolution (RevtoRev). Taking two years to do RevtoRev and another two years to do MTMM is not as good of a plan as doing CTC, RTR, RevtoRev, and MTMM. You can see that you will end up the same place in either plan (by completing MTMM as a senior). Yet, the education he will receive by doing four guides instead of two, and the incremental steps toward higher level learning he will gain will be of huge benefit to him!

Your son will benefit from the many building blocks in CTC just by doing the guide as it is written.

I would do CTC as written, except for doing Rod and Staff English 6. I’d even be inclined to do the Life Science/Biology as written, knowing this will be an area of modification anyway through the years. I would do the scheduled writing program, WWTB I too. There are so many building blocks in CTC for all areas of education that I think he could really benefit from as he matures. It would be an excellent stepping stone to what is to come.

An Encouraging Story from a Mom with a Similar Situation

To encourage you, I’ll share that you are not alone in considering doing CTC for your son’s first year of high school. There are many families who have done this in past. I will share that I had a mom who was in a similar situation to yours who did this several years ago. She has followed exactly the path you are considering with your son. Her son is now a senior, and she has called each year just to tell us how pleased she is with this path and what amazing changes she has seen in her son’s attitude toward school and his ability to work on his own.

He is also severely dyslexic. He also had behavior problems that caused him to be expelled from three schools prior to coming to Heart of Dakota at the last minute after his freshman year had officially begun. She says he is a new person now, not because his learning comes easily, but because he CAN do what he is being asked and feels good about being able to do it. He does his own reading and writing, even though it takes awhile. He began CTC partway into his freshman year and did it as written with the exception of doing No-Nonsense Algebra instead for the math. School does not have to be such a struggle to be a success!

Update from “Ms. Please Help My Sweet Son with His Struggles in School”

I just wanted to post an update and thank you, Carrie! Just hearing the reminder that my son would need an IEP and modifications in public school put a lot of things back in perspective for me. Also, I was very encouraged by your sharing about the student who did this plan for high school! So, we started Wednesday morning and WOW! What a difference! He read the history out loud to me. I helped a little when he got tired and read a paragraph here and there for him, but the reading level and length ended up being perfect. He completed the History Project box on his own and enjoyed it. We actually finished Unit 1 Day 1 within an actual day. I am so grateful for this advice. It is JUST what he needed. I don’t think I would have ever considered CTC on my own. Thank you!