A Mama with Fatigue and a Daughter Needing Time with Her 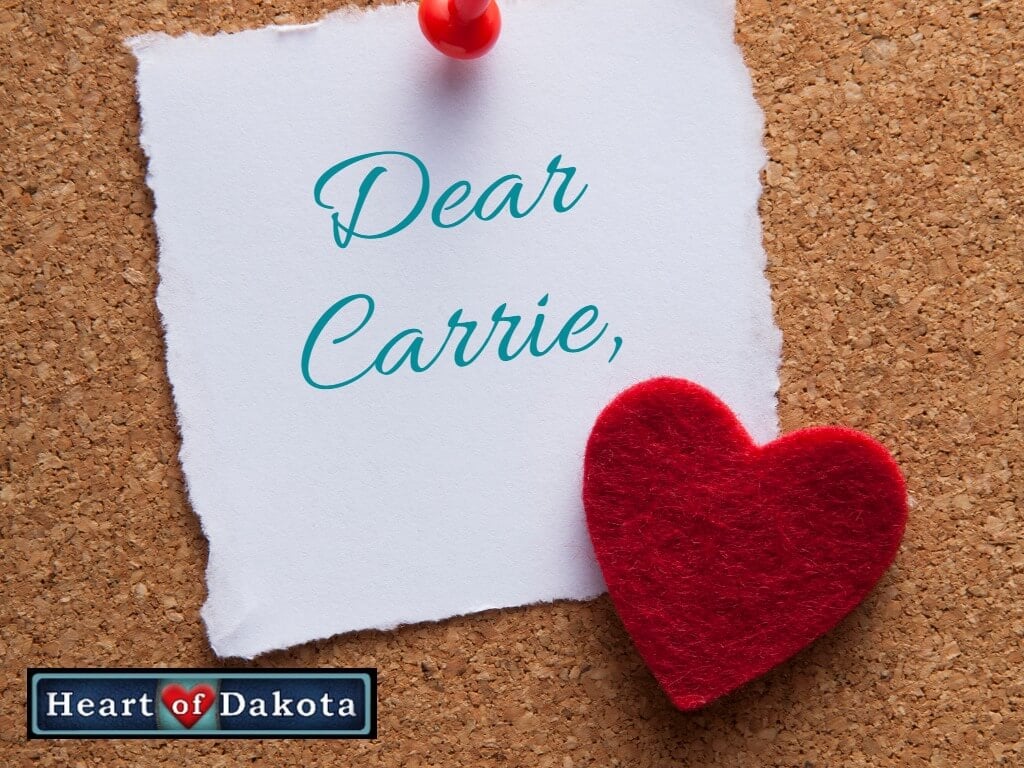 A Mama with Fatigue and a Daughter Needing Time with Her

My 8 year-old daughter was placed perfectly in Beyond. Then, she was sick for a good week. My other three children were sick for the next two weeks. We’ve all finally recovered, but it left us all so tired. My daughter has had a hard time returning to school. I’ve asked what’s wrong, and today she told me she doesn’t like to have to wait for mommy. I told her she can get out her copywork on her own. She can do the history by herself too, as I have it on CD. She keeps asking to do something together. Maybe I am expecting her to be too independent. She CAN read the history. The poetry copywork can be a bit much. I battle fatigue and other issues. For now, I’ve just put it aside. I’m too tired. She’s continuing to use CLE for some subjects, but I still prefer Beyond.

“Ms. Please Help This Mama with Fatigue Get Back to Beyond”

Dear “Ms. Please Help This Mama with Fatigue Get Back to Beyond,”

One thing that struck me in your post was your feeling of guilt over the current status of school at your house. As mamas, we can really get bogged down in guilt if we aren’t careful. It sounds like you have had a bout with sickness that has drained all of you. This is very trying on everyone, but most of all on the mama!

Encouragement to Address Both the Fatigue and the Guilt

So, first I would encourage you to address the fatigue, and then address the guilt. To address the fatigue, I would get the kiddos to bed earlier and/or possibly let them sleep in an hour later in the morning for a few days or longer. I would also encourage you to try to get to bed earlier and to sleep a bit later in the morning, if you can. Usually after an illness, everyone’s sleep cycles are messed up. Extra sleep is needed to reset. Next, I would encourage all of you to drink a lot of water to flush out any lingering toxins. If you aren’t taking probiotic, you might consider adding something like that for a month or two. We have done so with our family and seen a difference. Vitamin D3 would also most likely be a help. It has made a huge difference in me!

To avoid further fatigue, you can return to schooling doing only half-days.

Next, I would encourage you to start back to schooling doing only half-days. This will take one hour and 15 minutes a day to do half-speed Beyond. I also think this will relieve the guilt, as you’ll feel that you are finally moving forward. I would strive to do a half day every day consistently. As far as the Beyond poetry copywork, it is up to you as the parent to decide how much she is copying each day. If she is fatigued by the amount of copywork, then she is copying too much. From what you’ve shared, I think it would be a good idea to pull her copywork back to two lines done well each day. I also wouldn’t add anything to Beyond except what is in the guide. Doing other things like CLE on top of what is in Beyond will make your daughter’s day longer.

I would make a point to read aloud the Beyond history, science, and Bible, as it is important to figure out how to go forward.

Next, I would encourage you to make a point to read aloud the Beyond history, science, and Bible to your daughter (even if she can read them herself). It is you that she is wanting, and reading aloud those areas actually goes very quickly with the history taking 5-7 minutes, and the Bible and science less than that. You can read from your bed if needed, as I know I have had to on many occasions! In sharing these thoughts, I am not intending to minimize the fatigue that you are experiencing in any way. Instead, I am wanting to encourage you to be realistic that this is a lingering part of your life right now. So, it is important to figure out how to go forward in this stage.

If the fatigue is such that you cannot do Beyond half-speed, you may want to consider doing a completely independent program for a year. Then, next year you could revisit placement in Heart of Dakota. I share this because it is tough on kiddos to bounce back and forth between curricula and to be in a constant state of never really finishing anything. With this in mind, I would decide to do one or the other and set a goal to finish whatever you choose.

I would also encourage you to decide what is best for your family right now, rather than questioning your daughter to figure out what she wants. I know I often questioned my oldest son (who has graduated now) in the past. With a lack of continuity, kiddos lose their perspective as to what doing a curriculum really feels like. They can only remember parts of it, and if its been awhile since they were in the pattern of doing school with it daily, the thoughts they have about it will be scattered at best. Questioning children also gives the impression that they can pick the curriculum. It also makes them think you will stop and start things based on their will. This is honestly giving children more power than they should have at that young age.

It is amazing to me in my own homeschool journey that every year sees some new situation or unexpected problems at our house that could prevent us from schooling. As the years have passed I have discovered that if I am going to homeschool, I have to make a plan of how to function within the reality that we have at the time, instead of waiting for everything to return to normal. Often, the situation we are experiencing is the “new normal.” I share this not to discourage you but to encourage you to assess the situation and see if you can school within it. Or, if you simply cannot… then to recognize that as well.

The Lord will help you and honor your heart if you lay your requests at His feet!

Sometimes, the best curriculum is the one that gets done. For us that is Heart of Dakota. For you it might not be right now. Just know that the Lord will help you and will honor your heart if you lay your requests at His feet. I pray He will surround you with His love and that you will feel His peace in your decisions.