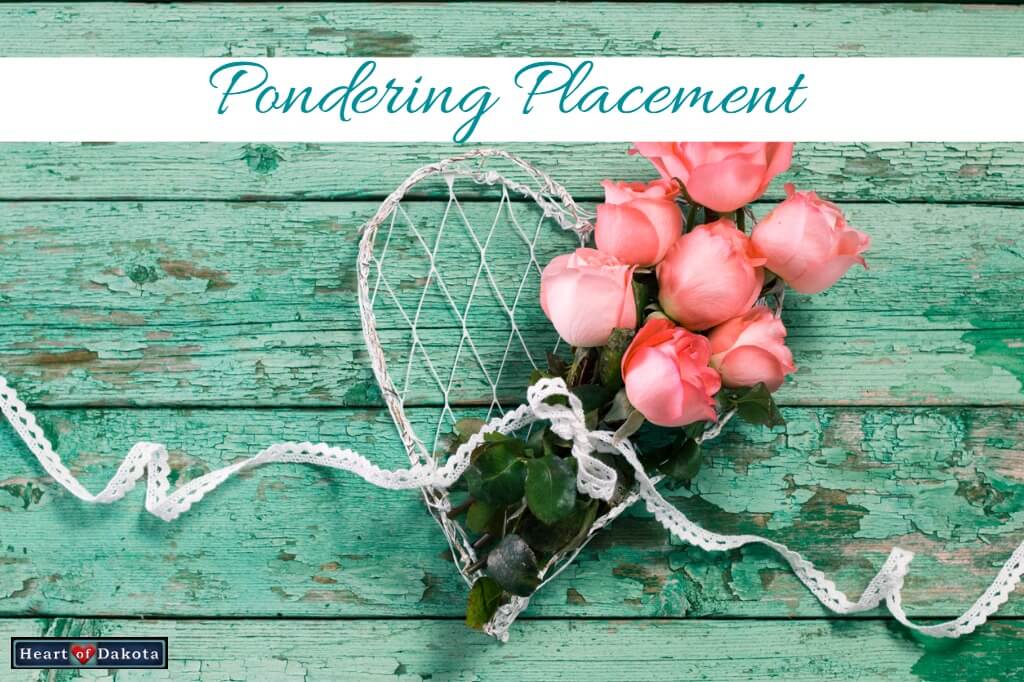 Where would you place a freshman new to HOD who struggles with spelling and writing?

This was our first year homeschooling. Spelling has been a constant struggle. No matter what we do, he doesn’t retain it. He reads well for his age (Chuck Black books), especially regarding his spelling struggles. As far as his writing…he can write….it just takes a LOT of effort on both of our parts. I’ve ordered R & S English level 5 for him. I chose not to deal with this until now, as he was unwilling to work on it. But, he finally came to me 2 nights ago and said he needed to learn about adverbs, adjectives, etc., so he could write better. Detoxing my boys from PS has been a much longer process than I anticipated. But, we have also made a lot of progress, so I know he will catch up! So, where would you place a freshman new to HOD with spelling and writing struggles?

Carrie’s Reply: I would be inclined to place him in either Revival to Revolution or Missions to Modern Marvels.

Thanks so much for taking time to share about your son!   It really helps to get a fuller picture of where he is at skill-wise. From what you’ve shared, I think I would be inclined to place him in either Revival to Revolution or Missions to Modern Marvels. This is because placement in HOD is very skill-based. Correct placement makes a huge difference in how successful a child is in his/her guide.

Writing, grammar, literature, and spelling are important skills wound in all subject areas.

Writing, grammar, literature, and spelling are a big part of HOD. This is because these skills are wound within all of the subject areas. Since our guides lean heavily in the Charlotte Mason direction in many areas, it helps so much if your child is comfortable with some of these skills gradually before working into the higher level of version of the skills later. We do want to place your son appropriately in writing, grammar, literature, and spelling to make sure that he gains the needed skills he is ready for in these areas.

I would lean toward doing Revival to Revolution, English 5, DITHOR 6/7/8, and The Exciting World of Creative Writing.

I would encourage you to take a good look at Revival to Revolution and Missions to Modern Marvels. See which would be the best fit in the areas of writing, grammar, literature, and spelling. I’d lean toward having your freshman do Revival to Revolution with the Extension Package and with Rod and Staff English 5 (as scheduled in Rev2Rev). I would recommend using the Drawn into the Heart of Reading Level 6/7/8 Student Book with the Level 7/8 Book Pack. He can also do Level 5 dictation along with The Exciting World of Creative Writing, as scheduled in Revival to Revolution. Your son would also do the Exploration Education Physical Science Advanced Version (which is high school level Physical Science). He would do the inventor study as well. I think this would be a good fit for your freshman.

He would need to add something for government (as he wouldn’t get to that in our final two high school guides). As there is a composer study in Rev2Rev, you could add to it to award 1/2 credit in Fine Arts music appreciation. To award this 1/2 credit, you’d need to get to 70 hours. There will already be around 45-50 hours in the study as scheduled in the guide. Then, when your son reaches World History for his senior year, you could do borrow the Government from U.S. History I and put it in place of the Fine Arts elective. So your son would use Rev2Rev as is, except for adding government (possibly adding foreign language study and beefing up the Bible). Suggestions are given in the Rev2Rev for high school thread, if you do decide to go this route.

I think these recommendations would fit your son’s skill level well and still push him in many areas.

The reason I would lean in this direction is that I think it would fit your son’s skill level well and still push him in many areas. The grammar will be daily and significant, while the writing will be more than he is used to as we write across the curriculum all throughout the school day. He would do copywork daily as well in a variety of subjects and do written narrations. The literature study through DITHOR sounds like it will be a new set of skills too, which would be good. We want to solidify those important skills before jumping up into guides that assume these skills are in place.

Looking Ahead to the Following Years

Looking ahead to the following year, he could do MTMM with all of English 6 (as scheduled in MTMM), WWTB II for high school level composition (as scheduled in MTMM), and Drawn into the Heart with either some high school level classics of your own choosing or with a DITHOR Book Pack instead. He would also continue with studied dictation. This Bible in MTMM is credit-worthy, and you would add Economics (and possibly Foreign Language). There is a thread that explains how to do this as well for high school, should you decide to go that route. This guide includes Chemistry, which would need some supplementing. Or, you could borrow IPC for the science from the World Geography guide. As a junior, he would do the World Geography guide as written. As a senior, he would do the World History guide.

This overall plan would give him the needed core credits.

This overall plan would give him the needed American history, government, economics, geography, and world history credits for high school. It would also give him Physical Science, Chemistry, Integrated Physics and Chemistry, and Biology credits with lab for science. It would give him a credit each year in English. Math would need to be at his level each year to earn a credit each year there. That takes care of your core credits of history, science, English, and Math.

This plan would also give him electives.