What should my student use for literature when using World History for 11th grade? 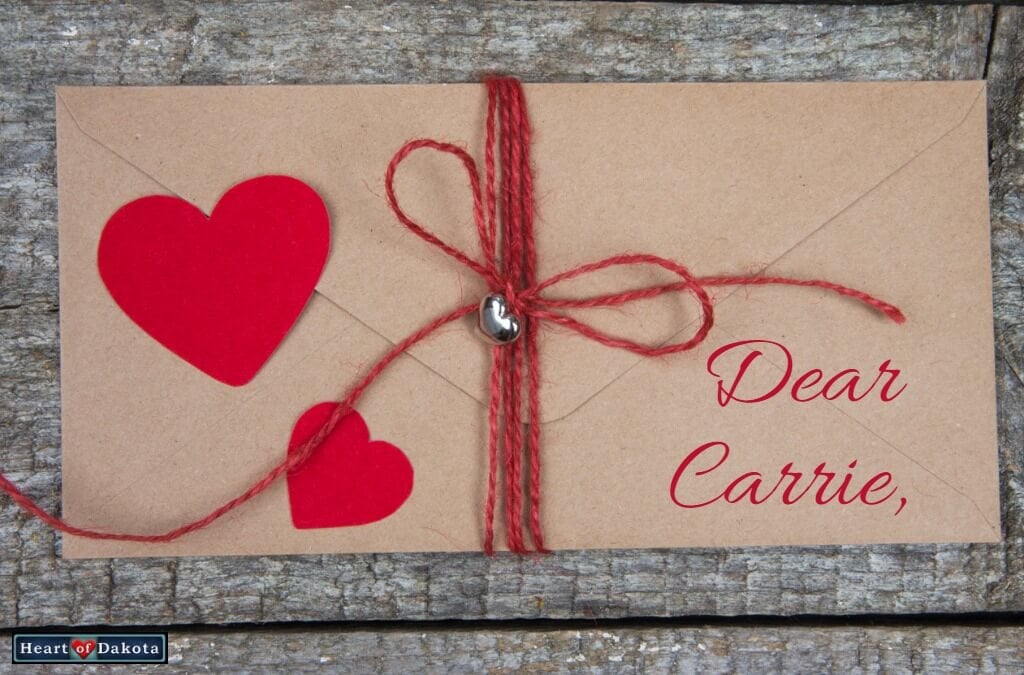 What should my student use for literature if she is using the World History guide for 11th grade?

I have always loved your book choices! However, my oldest will be a junior next year. Sadly, she won’t be able to finish all of the high school guides. She is using Heart of Dakota’s World Geography for 10th grade. Next year when she is a junior, she will be using World History. I am wondering if I should just follow the literature path you have laid out in World History? Since we’ve used Heart of Dakota since she’s been in 5th grade, she has obviously read tons of great books! I just don’t want to miss some of the classics that she should have. So, my question is, what are your thoughts on what she should use for literature if she is using World History for 11th grade?

As far as the novels for the literature portion, I made a point to put novels I consider especially important in the opening guides of the high school program. The novels in the World Geography guide are classics that are a tremendous stepping stone to the more difficult reading and difficult themes found in the World History guide’s literature.

The novels in the World History literature plans are memorable and timeless.

I believe many of the novels in the literature portion of the World History guide are unmatched for their quality and their themes, while still being enjoyable to read. They are memorable and timeless, lingering in the mind long after the book is completed.  They have stood the test of time and remain classics today.

I had my oldest son read several of these books as a senior, as I didn’t have the rest of the high school guides written, and I felt these novels were not to be missed.

I felt these novels were so important that I had my oldest son read several on that list when he was a senior (as I didn’t have all of the high school guides written yet). This was simply because I did not want him to exit high school without experiencing those books. He read Ben-Hur, The Count of Monte Cristo, and Les Miserables (along with other novels I added for his final year of high school). They were some of his favorite books of that year. My husband read all 3 as well, simply because our son was so enthused about them. I cannot say enough about these titles. The life lessons to be learned as students read these books, the quotable lines of the characters, the rich language, and the allusions to the Bible in these books are amazing.

Thoughts on The Scarlet Pimpernel and Pearl Maiden

My oldest son also chose to read several sequels to The Scarlet Pimpernel. This was simply because he loved the first one so much! In fact, my husband greatly enjoyed The Scarlet Pimpernel too. My older sister, who was a high school literature teacher and has homeschooled her 7 kiddos, said it was one of her favorites of all time.  This makes The Scarlet Pimpernel a winner here. Our son had read the other books on the World History literature list in previous years, with the exception of Pearl Maiden, which we included because of its terrific themes and because it is a great Haggard book (much preferred by me over Haggard’s classic King Solomon’s Mines, which I did not like due to its dark violence).

Thoughts on A Man for All Seasons

After watching the movie version of A Man for All Seasons, and having our pastor refer to it in a sermon, my husband and I discovered that play was such a picture into the time of Henry the VIII that it had to be included. What a classic I found it to be after I read it alongside the study of that time period! It brings up another side to Cranmer and Luther and another side to the conflict between the Church of England and the Catholic Church. This book too shows up on many classic book lists for a reason!

I believe reading about the legend of King Arthur, even with the character of Merlin, is important. This is because the legends of Arthur are a part of understanding medieval times. They show Britain at a time when the Christian religion was overtaking the religion of the Celtic Druids of the past. Known for his themes of bravery, honor, and love, Howard Pyle’s Arthur with his noble traits illustrates the selflessness a king should have for his people. It was for these traits that Arthur is remembered in legend, and those legends show up in so many ways everywhere! Please note that this is the only version of the Arthurian legends that we recommend!

Julius Caesar is one of the “tamer” of Shakespeare’s plays innuendo-wise. It also omits the bawdy humor that is found in other Shakespeare plays. Exploring the issue of how the thirst for power affects those who desire it is a good life lesson that comes out in Julius Caesar. Furthermore, the play draws you in with the inner-workings of who is really able to be trusted as you see the conspiracy play out (and watch its aftermath). Animal Farm is a book that really shows socialism in a way that students will never forget. It is terrific to read along with the time period of WWII, which is where I included it.

Thoughts on The Celestial Railroad