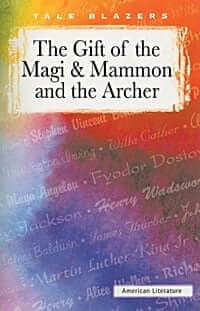 The Gift of the Magi & Mammon and the Archer

Add to Cart
The Gift of the Magi

In a shabby New York flat, Della sobs as she counts the few coins she has saved to buy a Christmas present for her husband, Jim. A gift worthy of her devotion will require a great sacrifice: selling her long, beautiful hair. Jim, meanwhile, has made a sacrifice for Della that is no less difficult.

As they exchange gifts on Christmas Eve, the discovery of what each has done fills them with despair, until they realize that the true gifts of Christmas can be found more readily in their humble apartment than in any fine store. O. Henry paints a masterly portrait of unfaltering love, a haven from the harsh world outside.

Mammon and the Archer

O. Henry’s work Mammon and the Archer is the story of the narrator’s belief that money is a tool that one can manipulate to gain an advantage in a given situation. The protagonist, Anthony Rockwall, is a self-made millionaire, but he is held in contempt in the eyes of the aristocracy. In essence, his money doesn’t afford him a higher rung in the social ladder.
Anthony begins a conversation with his son, Richard, who fancies Miss Lantry. Richard believes that his father’s money cannot help him with his situation; Miss Lantry is set to leave for Europe for two years. Anthony disagrees and sets out to prove his son wrong.
×
×