Discussion Board for users of Heart of Dakota Curriculum

This forum is for sharing what your week was like with Heart of Dakota. The goal is to post on Thursdays. You can share a picture, a blog link, a written synopsis, your favorite memory, or anything you want that shares your HOD excitement.

a- A picture
b- A blog Link
c- A written synopsis
d- Your favorite memory
e- Anything you want that shares your HOD excitement!

Important Note: If you are linking us to your blog, please make sure it's not just a general link, but to your specific post of HOD. That way if someone reads through these a year from now they can find your share without needing to hunt!
Dawn
http://mamasmonkeys.blogspot.com
Alex (7) - Beyond
Max (6) - LHFHG
Jensyn Kate (4) - LHTH
Top

It actually took us around 2 weeks to finish our LHTH and LHFHG units due to sick kiddos and missed days, but we completed the units and had fun along the way! We are LOVING Heart of Dakota, and we're so thankful that God led us in the direction! 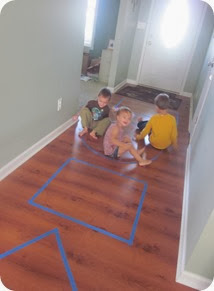 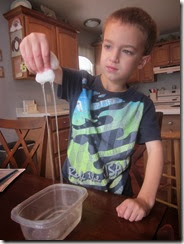 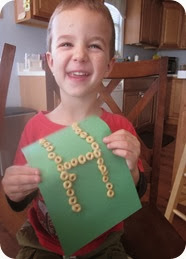 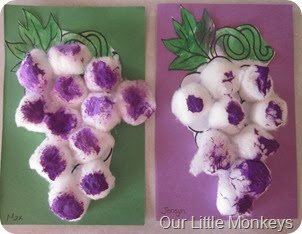 We had a good week, though we did do some school over the weekend because we didn't do any on Monday or on Friday. Still we were able to do at least some of Unit 30 in Bigger, Unit 5 in Beyond, and Unit 18 in LHTH. With the beautiful fall weather and some things going on with friends who I really wanted to be available to support, I felt other things were more important than sticking to our school schedule.

LHTH - letter N and stories about kings. My DD's favorite was the crown activity, she wore that crown for 3 days straight until it fell apart. We talked about good kings and bad kings and how bad it was that they didn't follow God's law.

Beyond - My DD is now doing one spelling list per week, the first couple we took 1.5 weeks to do the list, but she now seems to get it pretty well. She is at least recognizing the patterns so that helps her a lot as she is trying to spell the words. We read the story of Love Bradford and the pink tulip and made the pink tulip craft. She really liked that too. She continues to do well with Emerging Readers and Beyond is going really smoothly for her, so I guess she was ready.

Bigger - My oldest is doing very well, though the sloppiness of her handwriting sometimes continues to bother me. She is doing better with cursive than she did with print, but she still struggles with spacing and on the unlined paper her writing goes uphill. I don't know if I should have her work on this, or if it's not a big deal. Handwriting admittedly is something I am not very good at, so it's hard for me to think about how to make it good. We really enjoyed the yeast experiment and talking about how bread rises. Then I was making pumpkin bread and she asked me "why don't we put yeast in pumpkin bread?" So we talked about baking soda. Maybe sometime I should do something to show how the baking soda rises.

In LHTH - we didn't get anything done. Morning sickness, allergies, and Pre-K do not mix.
Her oldest brother felt sorry for her and created some "pages" for her to do.

In LHFHG we did unit 28. The unit was about "America Grows and Changes". We also did days 1-2 of Unit 29.
He is so far ready for more than he normally gets in one day. Some days I allow him extra.
He had fun with painting fireworks and a flag in Unit 29. We learned about Francis Scott Key that day. He is getting better about guessing, and telling back in storytime - he likes Buster Bear.


In Preparing we finished out unit 4, and did days 1-2 of Unit 5. He really enjoyed learning about Ancient Egyptian things. He made and finished a cartouche, studied about hieroglyphics & pyramids. He went a little more in depth with it, by reading a couple of extra books.

Here is our week! We had a smoother week for learning, but an unexpected ending as I finished up the post

lissiejo - Thanks for sharing! I was going to say my oldest also is a bookworm and would gladly keep reading in any of the books if I let her. I am a mean mommy and I make her put them away after reading the part she is scheduled to read. We will be starting Preparing in a month or so, I know it includes more independent work, so hopefully I can keep a rein on her appetite for books! She has also picked up her sister's books from Beyond to read in her spare time, which I do allow.

TrueGRIT - sorry to hear about the morning sickness, even if there is a joyous reason for it. Rest up! I found it easier to continue school while having morning sickness and pregnancy-induced exhaustion because of the well-written plans.
Melissa
"The steadfast love of the Lord never ceases
His mercies never come to an end"
DD12 - Rev to Rev + DITHOR 6/7/8
DD10 - CTC + DITHOR 2/3
DD7 - Bigger + ERs
DS5 - LHFHG
DD2 - ABC123
2 babies in heaven
Top

Unit 6 in Beyond! http://schooltimesnippets.blogspot.com/ ... nit-6.html; so thankful we found HOD!
Top

Here's our work from Unit 5 of Bigger and Creation to Christ. First week that we were really in the groove.