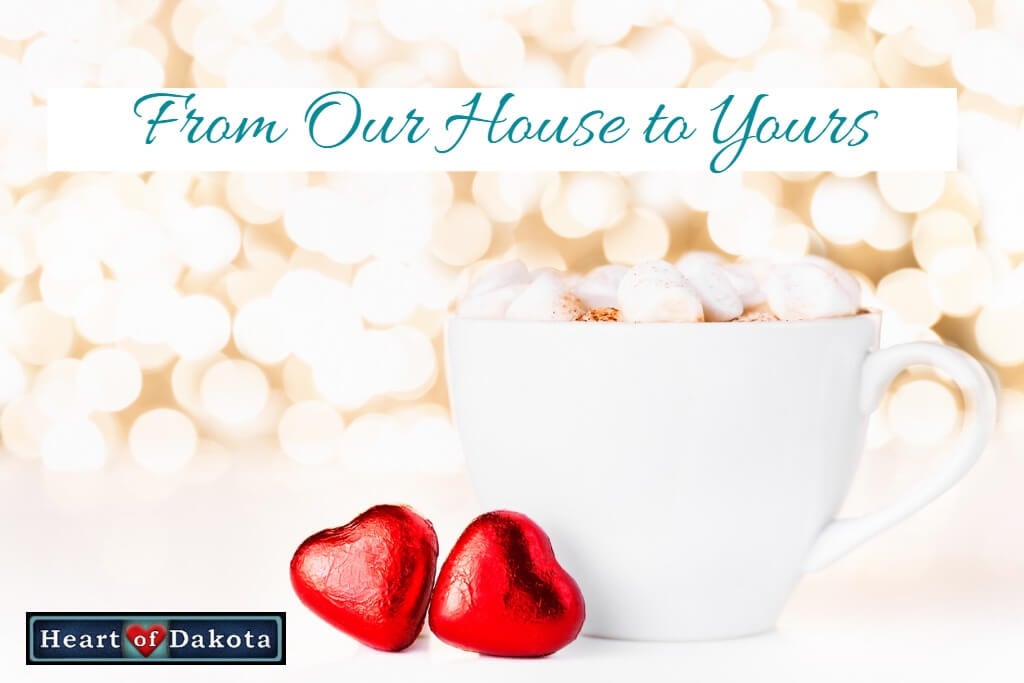 Many years ago, a fellow homeschool mom asked a great question on our Heart of Dakota board! An adoption specialist pointed out how important it was for children to develop their own identities separate from their siblings. That got this mom thinking. She said her children were ALWAYS together. They took piano, but at the same time. When they socialized with friends or went on playdates, they were with others. However, they were also still with their siblings. So, this prompted her to ask these questions. How do you help your children develop identities apart from their siblings? Or, do you even think think this is important? Below, you will find my answer. Keep in mind my sons were much younger back then! At the time I posted this, my oldest son (Wyatt) was 13 years-old, my middle son (Riley) was 10 years-old, and my youngest son (Emmett) was 6 years-old.

How Our Sons Developed Their Own Identities

Just having our sons in different Heart of Dakota guides has helped our sons with their own identities. Though I wouldn’t choose guides based on this, it has been a natural part of them being in different guides. They each have their own time to shine, which has been a blessing for our situation. Outside of this, I like to try to recognize our children’s different interests and talents by trying a lot of different things and letting them do them on their own. We do this in the home setting.

Wyatt loves sweets (he gets this from me). A natural part of his identity is to bake things and share them with his brothers. So, we have bought him a donut maker, and he often makes donuts for everyone in the morning. This is usually on a morning of his choice once a week. He also makes homemade popcorn on the stovetop for our family movie nights on Sunday night. We all LOVE this! He makes cookies with Emmett for their playtime together. He even puts an apron and chef’s hat on Emmett, as Emmett loves to dress up. (This is part of Emmett’s identity.)

Wyatt loves the outdoors! This is a huge part of his identity! So, all of his assigned chores are outdoors (i.e. feed the dogs and cats, clean the kennels, get the mail, shovel the snow, etc.). He likes to help mend things too. So, we have a sewing machine he uses to fix things. He is currently sewing a knight’s costume for his cousin, Shaw. The costume is for a movie Shaw is putting together. (Movie-making is part of Shaw’s identity.) Wyatt also is the glue-gun guy – fixing whatever needs to be hot glue gun fixed (from nerf bullets to wooden things). He loves to read too, so we are always on a quest to find new books for him.

Wyatt likes to work with my husband on building projects. So, they built a cat house for our kittens – complete with 3 levels, cat doors, and windows. Right now they are redoing one of the bedrooms (knocking down plaster, redoing the walls, ceiling, putting in a closet, laying hardwood floor, etc.). This will eventually be Wyatt’s room. He loves to fish and hunt as well. My husband does this with all the boys. Wyatt enjoys physical activity, so he loves to shoot hoops and play tag, and noodle wars. He enjoys animals, so we got 3 kittens and we have always had 2 dogs. Wyatt can often be seen out our window in the mornings taking time with each one. He likes to use his 3-wheeler and trailer to pick up sticks and better the look of the property. He also loves to plant, weed, and maintain our garden.

My middle son, Riley, has a more mechanical, hands-on, and artistic identity. He loves to do perler beads, circuit sets, and erector sets. He is our official battery-changer. Riley builds complex K-Nex sets and lego sets, and he fixes anything he can with a screwdriver. He LOVES his 3-wheeler and rides it all over the yard. He also enjoys figuring out remote controlled planes and cars, and fixing them when they inevitably break. If we have a toaster or something that breaks, Riley begs to take them apart just to see their inner-workings. Riley builds catapults, boats, and loves to make his own creations using K-Nex pieces and motors.

Another part of Riley’s identity is to tell stories. He really makes up some whoppers that his younger brother loves to hear! He also likes to draw intricate airplanes, and keep track of races with his hot wheels cars on tracks of his making. Riley also likes origami projects. He saws things apart and nails them together just for fun, and I am hoping this develops into him being my handy-man someday. He helps me put on my necklaces, brings me coffee each morning, and makes my smoothies because he likes to show love by doing. I love this too! He adores board games such as Axis and Allies, and Memoir 44. Wyatt and he play these late into the night, and often over the span of weeks.

My youngest son, Emmett, loves to act and sing! This is a big part of his identity. He dresses up in any costumes he can find, loves to wear cowboy hats and boots, and loves to act out dramatic things. Emmett also enjoys making up stories about his stuffed animals doing crazy things, and he is really very funny. He loves music, so he often runs the family I-Pod. He chooses songs for the morning routine, and plays them LOUD. I often have to tell him to turn down the music.  He enjoys tractors and dirt, and is out there all the time getting dirty. He also loves to ride his 3-wheeler around the yard and does this more and more.

Emmett’s Identity: A Gift-Giver, the “Class Clown”, Putting on a Show, a Social Butterfly

Emmett loves to draw pictures and write “I love you” notes to everyone, and often delivers them. He is my gift giver. He often uses his allowance to buy tic-tacs for one of his brothers, or to buy cotton candy for another, or lifesavers for my husband. (Emmett does expect them to share with him though!) Wyatt often dresses Emmett up for school projects and has him join in with this or that acting part. Emmett adores this. He likes to be-bop around and dance, and he is always putting on a “show” for us on the playset outdoors or with a microphone indoors. Emmett would always choose to be with people instead of alone.

How Individual Identities Look in the Day-to-Day

Anyway, how this looks in the day that recognizes individual identities, is if a battery needs changing or something needs fixing, everyone says, “Go get, Riley, he’s good at that!”

Or, if we are all wishing we had something sweet to eat, we beg Wyatt to make dessert or donuts. Everyone says, “Wyatt, we are dying for you to make donuts! You HAVE to!”

Or, if we are needing some music to pep us up, we’ll get Emmett and say, “Emmett, we need to happy up with some music, what do you have for us?”

If the lawn needs picking up, everyone knows Wyatt will head it up, and they need to listen to him. Or, if something needs fixing mechanically, everyone knows to give it to Riley. If one of Emmett’s activities is acting out something, everybody tries to join in and let him really ham it up for them. If it’s not a windy day, and we all are looking for some entertainment, we ask Riley to fly his RC helicopter outside to wow us with his expertise. Wyatt heads up the garden, and everyone does his bidding. Riley is the carrot peeler, the potato peeler, and the apple peeler of the house. He loves it and is great at it. Emmett sings praise music for us on the way to church and chooses the songs for us to listen to on the I-Pod. And the list could go on.

If you are still reading yet, what I was trying to get across and I’m not sure I did was that we have tried all these things with our children. However, each latched on to different things more strongly than others. They each are better at some things than others, and we go to each other for those things according to who is best at them. There is not competition there, but rather an understanding of how everyone can be helpful to the family and to running a house, outdoor stuff, pets, etc. Talking to each other not in the sense that someone is bad at something but rather in the sense that we need each of us for different things because of how God created us each has made them enjoy each other’s gifts and interests rather than compete with them.

So, I guess I’d say to try a lot of different things, both in helping in the household and in playing/creating/building things. You will see where each child shines. Then, teaching each other to recognize that and use it as a help in a good way within the framework of keeping the house running together is a great, practical way to celebrate each person’s gifts/interests. Hope something here helps!