Is Heart of Dakota college worthy? 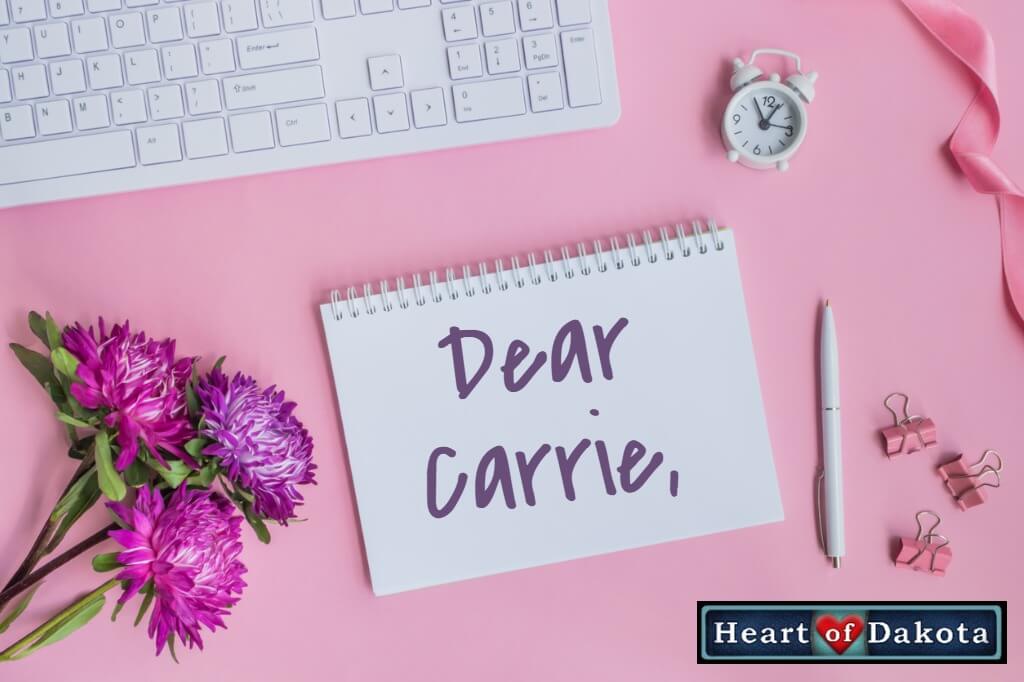 Is Heart of Dakota college worthy?

I guess rather than this being a question I’m asking Carrie now, this is my answer to a question I used to have for Carrie. I’ve been meaning to share this, but I have just been so busy. Anyway, my oldest graduated after completing 9 Heart of Dakota programs. I know the question comes up – is Heart of Dakota college worthy? The answer is ‘yes!’ My first HOD kid graduated, and she received a full scholarship for tuition and books at a private Christian college. That is for the first four years of college, completely paid in full. She has friends going to the same school, and none received the kind of scholarship she did.

My daughter received high scores on the ACT, and we give Heart of Dakota the credit for that!

She did score very well on the ACT and that helped. So, I asked her what she thought helped the most with the ACT. She said that honestly it was HOD. I sort of expected she was going to say it was me making her study, hahaha! But, apparently nope; it was HOD. She said it really helped her with the language on the test and interpreting the questions in particular. That turns out to be a huge thing for these tests. Also, she had a very rich transcript and that was because of the wide coverage HOD gives in terms of credits you can claim legitimately for their study. That turned out to be huge in terms of making her stand out.

My daughter was well prepared for college, and we give Heart of Dakota credit for that!

The other question people have is, will they be able to make it in college? Well, I think HOD helped us there. She is scoring very high so far, and she was very worried she would not be able to cut it in college having been homeschooled. Now, she is completely confident because she is seeing she was very well prepared. All the writing and narration in HOD and the organization she learned in how to study really helped her. And by the way, she keeps on coming home and telling me that she has yet to read a story for her English course that was not covered in HOD. So, I’d say that is a big plus in the choosing of material within HOD.

My daughter initially struggled with choosing a major, but we think the spiritual content in Heart of Dakota helped her with that!

I want to also say that she struggled with choosing a major. I think HOD and the spiritual content helped her there as well. She ended up picking something completely different than she was thinking. But, I can see it is definitely a full circle God thing. She is going to get a degree in Christian counseling and specialize in the area of adoption. As she was adopted herself, I think HOD helped her to have more of a mission focus along the way. She has big goals and plans to go on to the PhD level, so apparently HOD gave her a love for learning.

I am a mom of six, and I’m so glad HOD teaches children how to learn to be independent!

Ok, having said all that, I am a mom of six, and we have had a lot of tragedy during our homeschooling years. I would say I am really a very average and somewhat easily distracted teacher. A lot of her schooling was very independent. But, isn’t it great we can choose a curriculum that really teaches them how to learn and be independent?!? Ultimately, that is the goal. Thank you Carrie, Julie, and Mike for all of your help along the way. Next year, I have three more graduating with HOD. It’s good to know it really was enough, and they really are prepared for the real world.

“Ms. Thank You Heart of Dakota for Preparing My Daughter for College”

Dear “Ms. Thank You Heart of Dakota for Preparing My Daughter for College,”

It was wonderful to hear an update on your kiddos and so encouraging to read about your oldest daughter’s experiences – coming from an HOD background as she headed into college. As homeschool moms, we want to be sure that we are preparing our kiddos the best that we can for what lies ahead, and that burden can feel heavy at times!

We celebrate with you, and we thank you for sharing your story!

It helps to hear stories from moms who have finished the homeschool journey as you have with your oldest daughter. We celebrate with you in that accomplishment!! I know that you have more kiddos to go yet, and I pray the Lord will walk with you and uplift you as you travel the homeschool road. I’m so glad to “see” you again! It seems like yesterday I was talking to you on the phone about putting your older kiddos in Bigger Hearts!! I also remember the blessing of meeting you at convention. Oh my! I often wonder where the years go. Thank you for taking the time to post an update to encourage all of us!